KR7-Mick Thomson Signature
Mick Thomson and Paul Rivera adjusted the frequencies in the midrange to give this all tube 120watt 3 channel amp more punch and bring more definition to the bottom-end. Mick also had the gain increased and "sweetened" the top-end to compliment his guitars. Mick wanted this amp to be flexible for all playing styles but specialize in aggressive, quick and defined riffs. Complimenting his signature amp, Mick Thomson chose the Celestion K100’s in his K412T M.T. and K412B M.T. signature cabinets to increase the headroom for maximum attack with lower tuned guitars. 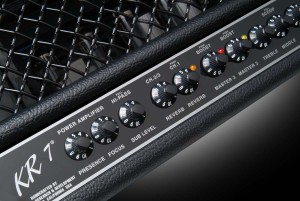 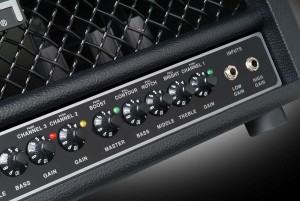 3 channels, with 3 completely different circuit topologies and sonic textures, enabled by 5 12AX7WA tubes, along with 2 different and discrete sets of equalization result in a wide range of easy to dial up delicious and rich sounds. Spanning massive gain and distortion tones, to sparkling crystal clean rhythm sounds, you can have it all with the KR7.

On the clean side of tones, Channel 1 has pull switches on it’s 3 band Eq, to expand the highs and lows, as well as being able to choose blackface or tweed mid tones. The master control features a power amp boost when pushed.

Channel 2 and 3 share the 3 band Eq and feature separate boosts. A “Scoop” is also shared and can be used for a thicker lead voicing-think Santana.

Dual Reverb controls allow you to adjust the lush Accutronics spring Reverb for channel 1 and Channel 2/3. The Focus control changes the damping of the speakers, to tighten or loosen the cone. The Presence control adds an additional high-end boost at the tail end of the amplifier, providing even more harmonics. 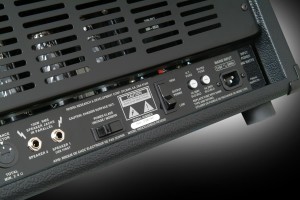 Rear panel features include a Series/Parallel Effects loop with Level and Blend controls allowing for flawless patching of virtually any signal processor chain. Perfect for home recording, our equalized Recording Output gives you the option of “Silent-Running” the entire Preamp without turning on the power amp stage. Speaker Impedance selector and 2 speaker jacks make it easy to connect your cabs. 4 different output power levels are easy to select with a combination of the Vintage-Modern Switch and the Hi-Low Power switch. Switch between 120/60/30/15 watts! There’s also a Midi Channel selector switch, for your midi switching device like the Headmaster, 2 midi Ins and 1 Thru/Out. Using the FS-9 midi In, powers the included Headmaster when using a 5 pin midi cable. 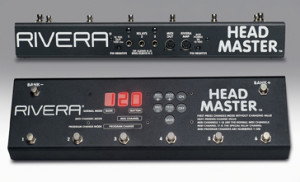 The revolutionary, robust and compact, Midi controller “Headmaster”, is included. The Headmaster allows the switching of Channels, Channel Boosts, Reverbs and Effect loop. You can also control up to 15 other midi effects devices at the same time. The Headmaster also has 3 relays switches included which can be used to switch other amplifiers. Also, features 6 buttons and 5 banks and a pedal power out. 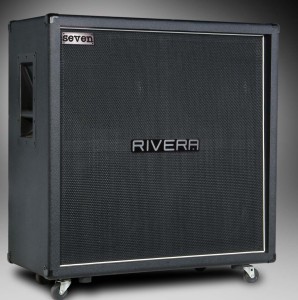